Happy Promote an Author Tuesday! Meet Bourne Morris! She is quite an interesting lady and has some wonderful books!

A famous journalism dean is found dead at the bottom of a stairwell. Accident or murder? The police suspect members of the faculty who had engaged in fierce quarrels with the dean—distinguished scholars who were known to attack the dean like brutal schoolyard bullies. When Meredith “Red” Solaris is appointed interim dean, the faculty suspects are furious. Will the beautiful red-haired professor be next? The case detective tries to protect her as he heads the investigation, but incoming threats lead him to believe Red’s the next target for death.

I began writing when I was ten and my teacher suggested I write a play. I learned to love writing almost as much as reading. I wrote poetry and literary criticism at  Bennington College, and after that, worked in the fiction department of McCall’s Magazine and then found a job as a copywriter in an advertising agency. I worked happily at Ogilvy&Mather, New York during the “Mad Men “ era. David Ogilvy and his colleagues treated me wonderfully, promoted me several times and then sent me west to become head of their agency in Los Angeles. I had a splendid run in advertising.

In 1983, I joined the University of Nevada Reno as a full professor in Journalism where I taught until 2009. I learned about campus politics when I served as chair of the faculty senate. I retired to write fiction in 2009 after a wonderful teaching career. Now I live in a beautiful part of northern Nevada with a generous and supportive husband who puts up with my obsession with murder, betrayal, sexual assault and all kinds of criminal behavior. Fortunately, we are owned by a golden retriever who keeps us safe.

Questions with the Author

Is there a book you wish you had written?

The recent books I wish I had written are “The Rosie Project” by Graeme Simsion and “Still Life with Breadcrumbs” by Anna Quindlen. I can’t choose between them. And there are a dozen others I could add.

What is your favorite story about your childhood that the family tells over and over?

About the time my brother and I got separated from our mother while shopping in New York. He was four. I was seven. We were found and returned by a nice policeman.

Rent a house by the sea for six months, preferably the Atlantic Ocean.

Where would your main character go on vacation?

St. Martin’s – the French side.

What’s the one thing you can’t live without? That one must have item?

A photo of my husband and twin daughters together, taken several years ago at our favorite place in Weekapaug, Rhode Island. 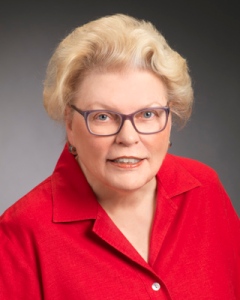 Head on over to Amazon to pick up your own copy of The Red Queen’s Run!